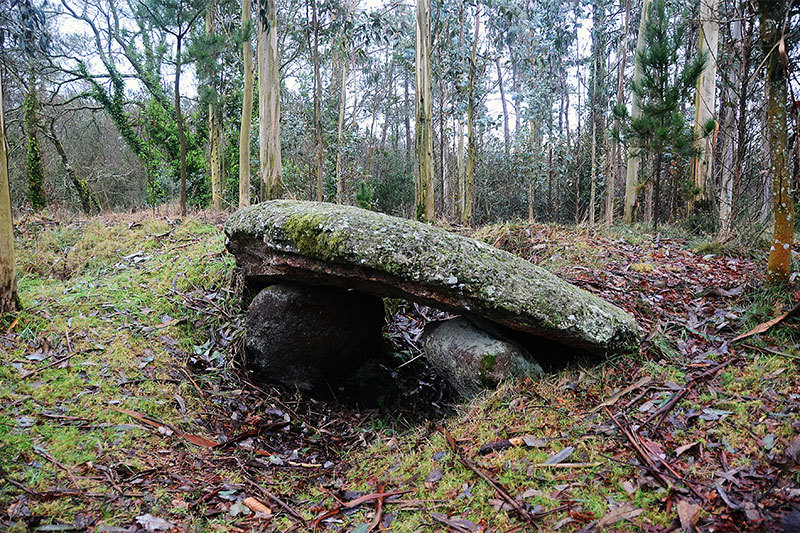 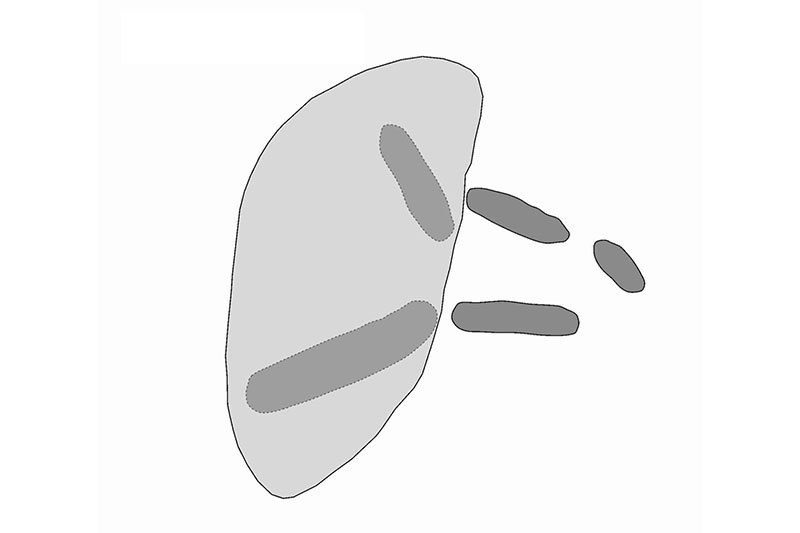 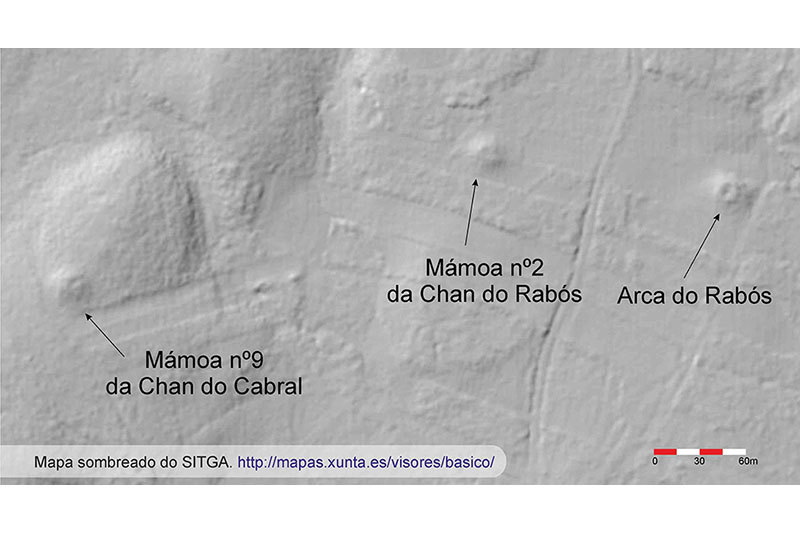 The Arca do Rabós  is a megalithic monument of enormous dimensions in which part of the earthen tumulus, or barrow, of approximately 20 m in diameter and 1.5 m tall has been conserved. The tumulus has been partially destroyed on the northern side, up to the boundary of the neighboring parcel which allowed for the discovery of a rock shell, or cairn, originally covering the mámoa.

In the center of the tumulus an opening can be observed that exposes the remnants of an anta with a polygonal chamber and a southeast-facing passage. The dolmen appears to be quite altered, but conserves at least 3 slabs from the passage, 2 from the chamber, and the capstone of the partially broken chamber. On the opening of the capstone the marks of wedges can be observed, which testify to the existence of ancient quarry work to extract the stones.

Some experts also speak of the possibility of the existence of etchings on one of the passage stones, although it is difficult to confirm this claim.

Perhaps most noteworthy here is the fact that this megalithic monument forms a part of one of the largest necropoles of the Costa da Morte, along with Chan do Rabós and the Chan do Cabral. In the municipality of Vimianzo other important necropoles such as Mosquetín, Encoro da Fervenza, Caxadas, and Carantoña can also be found.