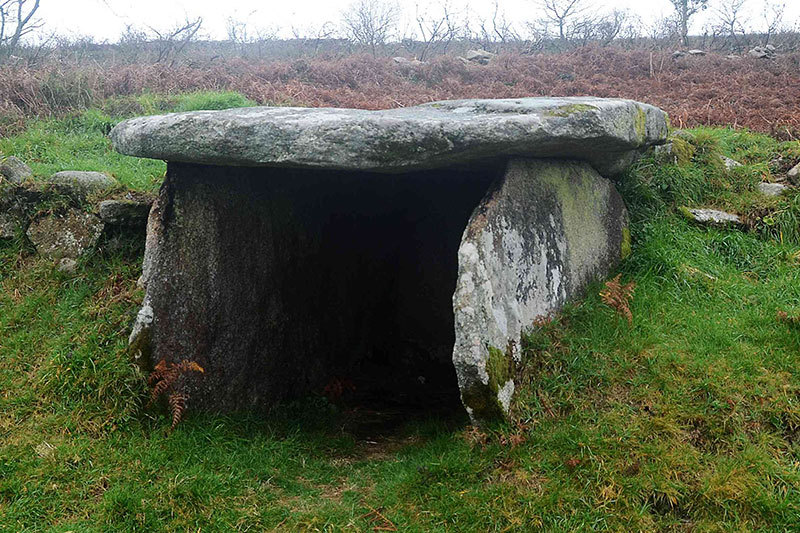 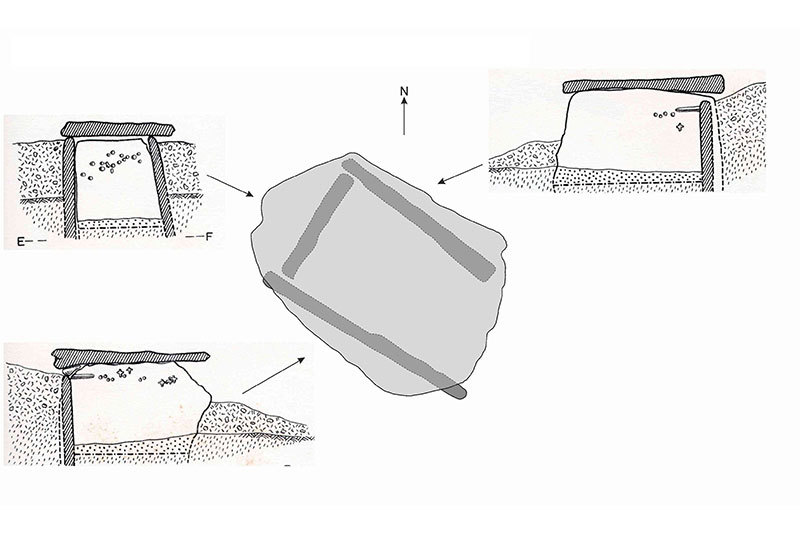 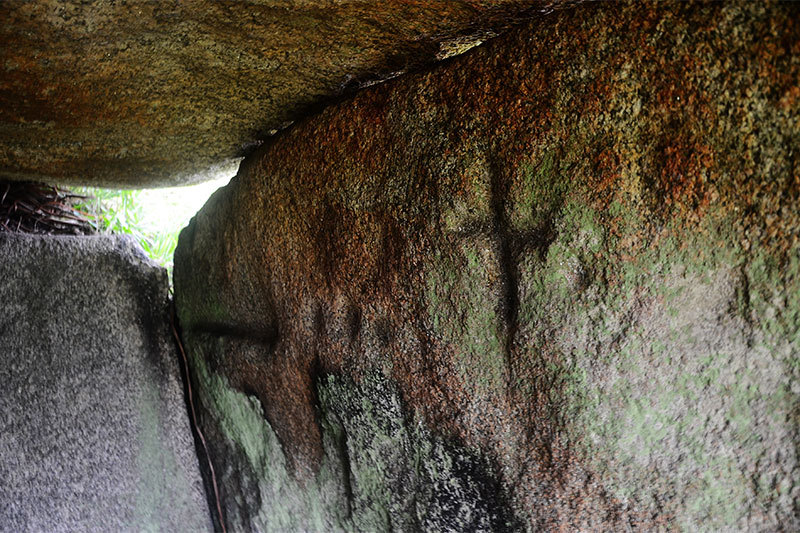 It also receives the name of Casota de Berdoias or Casota dos Mouros. The singularity of this monumental megalith derives from its stone structure which differs from the classic dolmen of chamber and passage, but rather is a construction of 4 slabs fashioned to fit perfectly with the others and placed similar to a hut. In fact it has been used traditionally as a shepherd’s shelter.

The characteristics of the anta recall the late megalithic cists and might be dated back to the onset of the Bronze Age, in the second millennium BCE. These monuments would seem have served the purpose of individual burial sites and normally lacked the monumentality of the great passage dolmens.

Inside the Casota, several etchings of crosses and cupules can be seen quite clearly. The meaning of these engravings is not clear. One source has connected the cupules with a representation of certain stellar constellations. Presently, this hypothesis is highly debated, though the connection of the dolmens to astronomical phenomena is certain. Perhaps the most obvious is the southeast facing orientation of the passageways and the access points of the vast majority of monuments in western Europe, corresponding to the sun’s rise and ascent.

The Casota de Freáns is found on the eastern slope of Mount Pedrouzo. In 2004, on the opposite side of this hill, 500 meters from the dolmen, several groupings of petroglyphs with cupules, concentric circles, and other motifs were discovered which may have shared a chronological relationship with the anta.